If you believe the old adage that history is a great teacher, then business leaders today need to look no further than our country’s first chief executive, George Washington, whose birthday we celebrate this month.

During the American Revolution, Washington was more than a fearless warrior on the battlefield. As commander in chief, he was responsible for strategy, administration, logistics and molding the American army into an effective fighting force.

Like any enterprise, the Continental Army was only as good as its leader and its people. Washington was a master at recognizing talent and placing people in positions in which they could excel.  Take for example his relationship with Alexander Hamilton, which was forged during the bitter New York campaign and the astonishing victories at Trenton and Princeton in the winter of 1776-77. 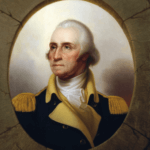 Washington was 44 years of age during the fall of 1776, Hamilton 21. Both men came from vastly different backgrounds – Washington from Virginia’s aristocratic agrarian society; Hamilton from an impoverished upbringing on the hardscrabble trading island of St. Croix. Washington believed deeply in personal honor, and except for the occasional outburst, he was reserved and highly composed, particularly in public settings. Hamilton, meanwhile, was fiery, outspoken, and brash. Noah Webster once remarked of Hamilton’s “ambition, pride and overbearing temper.” To be sure, both men were highly ambitious. But Washington usually took a more measured approach, while Hamilton worked at a breakneck, almost reckless speed.

The differences between these two Founding Fathers – their ages, personalities, backgrounds and the way they approached their personal goals – may seem familiar to workplace leaders today. In today’s multigenerational workplace, Baby Boomers, GenXers and Millennials are working alongside each other at organizations big and small. Yet for Boomers and GenXers trying to lead Millennials, it can be challenge.

Millennials, whether right or wrong, are saddled with multiple negative perceptions: They are overambitious, they constantly job hop and they require outlandish perks. It’s even been said that Millennials think they can do their boss’s job better than the boss!

History shows us, however, that this strife between older workforce generations and younger ones has been around for centuries. In a sense, Washington like was a GenXer managing a Millennial. Author Ron Chernow illustrates this by writing, “Hamilton was too proud and gifted, too eager, to advance in rank to subordinate himself happily to anyone for four years, even to the renowned Washington.”

A Meaningful Mission Is Paramount – A Gallup Poll study cited in a Harvard Business Review article revealed Millennials were the least engaged cohort in workplace. There are multiple reasons for this, but according to one chief executive quoted in the article, “[Millennials] expect to work in communities of mutual interest and passion…” Translation: They care about the mission of the company they are working for.

Despite their many differences, both men shared a common goal: Liberty. This was (and still is!) a powerful and simple concept. It was a tremendously strong unifying force that naturally brought Washington and Hamilton together at the start of the Revolution. And it was this shared “mission” that kept them working together until Washington’s death.

Leaders today looking to create unity and longevity with their employees, whether Millennials or not, need to find their own “Liberty!” – a meaningful cause others can share, believe and participate in. Moreover, leaders should communicate their mission often. Washington was known to commonly use the term, “the ‘Cause,” with his soldiers, reminding them of the higher purpose of the war they were waging.

Leaders Must Get on the Front Lines – To his eternal credit, Washington was not a leader who mingled only with his senior officers. During the humiliating New York campaign, Washington paid close attention to his front-line troops. In fact, Washington placed Hamilton’s artillery unit under his direct supervision at the Battle of Harlem Heights and then again at White Plains. As the Americans retreated across New Jersey, the general keenly observed Hamilton’s all-important rearguard action at the Raritan River, helping preserve what was left of the fast-shrinking American army. Only by taking an active role could Washington have noticed first-hand Hamilton’s great skill and potential. It’s easy for leaders today to delegate front-line action to their managers. But if leaders do not make time to get in the trenches with their troops, they miss important opportunities to observe – both the good and the bad – of their people and their organization’s processes. 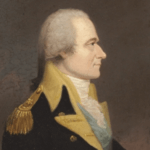 Leaders Must Give Their Folks a Chance to Shine – Whether a Millennial or not, any ambitious young employee needs a chance to prove him or herself. Quickly recognizing Hamilton’s talents, Washington knew the West Indian native would be of maximum value to “the ‘Cause” as his aide-de-camp, rather than an artillery captain, even though that was a highly valuable position. Yet rather than confining Hamilton solely to letter writing or mind-numbing administrative tasks, Washington gave the young protégé several critically important assignments.   In an audacious move, Washington enlisted Hamilton to persuade General Horatio Gates to send three brigades to Washington’s aid, whose own forces around Philadelphia had been depleted by the loss at Brandywine and expiring enlistments. The assignment was by no means trivial. Gates had recently scored a major victory over the British at Saratoga and was now rivaling Washington in popularity, if not military competence. To entrust a twenty-something with virtually no military experience to “negotiate” with a seasoned general at his zenith took an amazing amount of guts. But the gambled paid off handsomely, for both Washington, Hamilton and the American cause.

Effective Communication is Essential – Millennials desire communication. An additional study cited in the same Harvard Business Review article shows this new generation wants communication from their superiors much more frequently than any other generation in the workforce. With remote workers and teams, multiple types of communication technologies and the ever-present crush of day-to-day work, mastering effective communication is more essential today than ever.

After several years of strenuous war-time work, sitting side-by-side in each other’s nearly constant company, the two men finally had a falling apart. Hamilton had long-desired a military appointment, believing it would lead to notoriety and greater opportunity. Washington had been reluctant to let such a talented person leave his staff.   The initial split was contentious and uncomfortable. But Washington, who could very easily have been vindictive, swallowed his ego, and ultimately took the initial step toward reconciliation. In letters following their split, Washington was firm and clear about his decision to not appoint Hamilton to a battlefield position. But by degrees, his letters were also conciliatory and appreciative of Hamilton’s past service and future aspirations. Washington’s letters reinforced his point of view as the boss, but also left the door open for the two men to continue to work together.

Based on portraits or recollections from our elementary school days learning about U.S. history, many of us may think if our first president as stogy, inflexible or even aloof. But this could not be father from the truth.

There is no doubt that Washington knew two essential elements for effective communication: his audience and what the situation required.
Whether dealing with disgruntled officers, a dysfunctional congress or a feisty 21-year old, it’s clear Washington could adapt his style by becoming impassioned, motivational, diplomatic, forceful or even placating as the situation dictated. Leaders today would do well to model Washington’s adaptive communication style.

Older generational leaders will always need to navigate the work style of a younger generation. Specific techniques may change, but the ideas presented here can provide a template.

Washington was indeed beyond fortunate to have a person of Hamilton’s amazing intellect and drive on his staff. But Washington’s ability to effectively manage Hamilton’s zealous nature and forge a lasting relationship with him cannot be understated or overlooked.

On what would be Washington’s 286th birthday, we are again reminded of the immeasurable talents of our country’s first president. Above all Founders, Washington realized that getting people – no matter their age – to perform at their highest level is always the key to success.

The Washington Leadership program, a customizable 1-day experiential training event, provides more opportunities for leaders or managers to explore the talents of George Washington.  More information is at https://spauldingcommunications.com/washington-leadership-program/#enroll

“From Washington’s Crossing to Victory in Princeton,” video lecture; Fischer, David Hackett; The Society of the Cincinnati