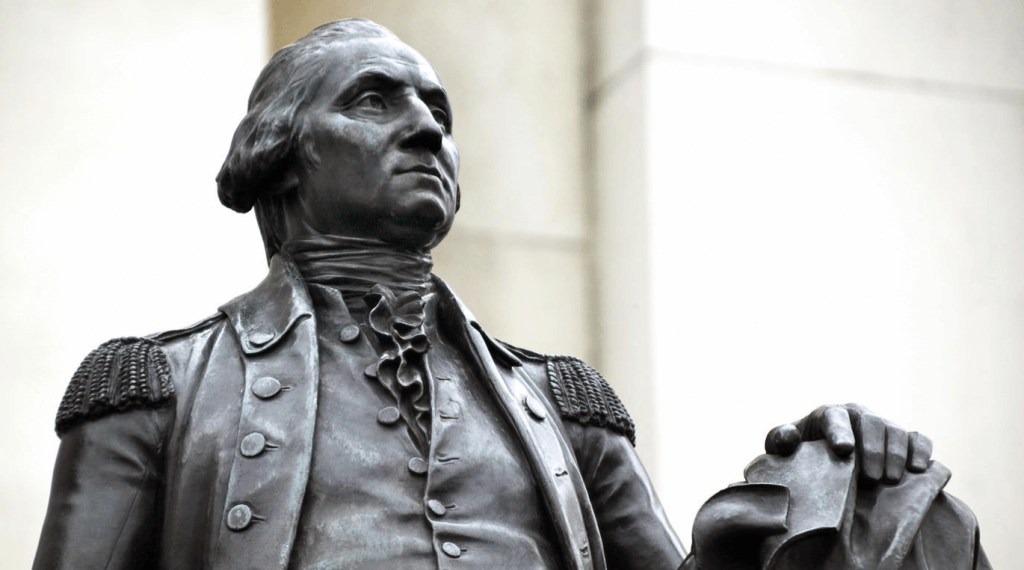 If asked to make a list of presidents who were great communicators, you’d probably be able to name several right off the bat. Surely Ronald Reagan, “The Great Communicator,” and Abraham Lincoln would top anyone’s list.  But George Washington?  Probably not.  However, 238 years ago, the true genius of Washington’s communication and leadership style averted a crisis and what could have been the unraveling of our young nation.

In March 1783, two years after Yorktown and eight years since the beginning of the Revolution, a war-weary Washington and his men were headquartered at Newburgh, N.Y.  Suffering through another brutal winter, they were waiting for the final peace accords to be signed.  The officers in Washington’s charge were growing impatient and frustrated.  With Congress bankrupt and the prospect of the army being disbanded, the men were greatly suspicious they would never receive their back pay or the pension promised them.

“A close analysis shows that Washington made effective use of several non-verbal and verbal communication techniques.”

Upon learning of this mutinous-minded meeting, Washington immediately canceled it.  But rather than having that be the last word, he called his own meeting four days later.

On March 15 the disgruntled Continental Army officers packed a new wooden building nicknamed the Temple of Virtue.  Washington was not expected to attend.  But just as the meeting began, the general entered through a side door and strode to the podium.

What happened next is the stuff of legend and a part of American history.

Most historians agree that Washington was a master of emotional control. That discipline aided him at Newburgh. He was effective at using five essential communication techniques.

Timing — –In times of crisis or uncertainty decisive and immediate actions are required.  By quickly canceling the officer’s meeting and scheduling his own the locus of power shifted to Washington.  What’s more, scheduling the meeting four days later allowed tensions to ease and gave Washington the necessary time to prepare a thoughtful response.  In today’s parlance, Washington did not hit the “send button” with anger immediately after learning of his officer’s irregular meeting.  No doubt aware that grievances left unattended can only grow worse, Washington’s meeting provided an outlet for pent-up frustration and served to acknowledge that he was aware of the issue.

Presence — Washington’s role as the head of the army required him to simultaneously wear a military leader’s hat and a politician’s hat.  Wearing the politician’s hat taught him the importance of stagecraft and perception.  This was executed to perfection when he made his surprise entrance, immediately disarming and catching many in attendance off guard.  More importantly, his presence indicated that this was indeed a serious occasion, one that was not above the commander in chief.

Symbolic Gesture – At the end of his speech, Washington attempted to read a letter from a Virginia Congressman attesting to Congress’s intent to pay the soldiers.  Straining to read the first few sentences, Washington paused to put on new spectacles.  No one in the hall had ever seen Washington wear spectacles before.  “Gentlemen,” he said, “you must pardon me.  I have grown gray in your service and now find myself growing blind.”  The effect was moving and many in the room began to cry at the sight of their leader showing his humanity and mortality.  It’s not known whether Washington purposefully used his spectacles as a symbolic gesture or not, but they were undoubtedly another powerful nonverbal cue that elicited a sympathetic response.

“When utilized correctly, symbols or symbolic gestures can be highly effective.”

Tone – Washington’s speech ranged from stern and reasoned to empathetic, impassioned and empowering.  He began by admonishing the men for scheduling an irregular meeting.  But then he spoke of their shared sacrifices and the common goal they had fought to achieve.  He appealed to their honor telling them that their actions would “sully the glory” they had won in wresting liberty from a tyrant.  He masterfully recast them from unwitting pawns to owners of their own fate, saying that through their virtuous actions they could achieve what they desired.  Knowing that he was speaking to military men, he rallied them to his side, adroitly casting the anonymous author as an enemy:  “My God!  What can this writer have in view by recommending such measures?  Can he be a friend to the army?  Can he be a friend to this country?  Rather, is he not an insidious foe…sowing the seeds of discord a separation between the civil and military powers of the continent?”  But most notably, his tone was not detached, condescending or vitriolic, which it could have been, knowing that Washington believed he was being undermined and that his army was on the verge of mutiny.  By speaking as a peer and showing empathy, Washington deftly hit the right tone with his specific audience.

Tempo — According to Washington author Ron Chernow, the written speech (authored by Washington himself) was “covered with exclamation points and dashes for pauses, revealing the strong sense of cadence he gave to his speeches.”  Chernow notes that he also built “rhetorical force through repetition,” evidenced through the uplifting exhortations when he intoned, “You will pursue the plain and direct road to the attainment of your wishes.  You will defeat the insidious designs of our Enemies, who are compelled to resort from open force to secret Artifice. You will give one more distinguished proof of unexampled patriotism and patient virtue, rising superior to the pressure of the most complicated sufferings.” 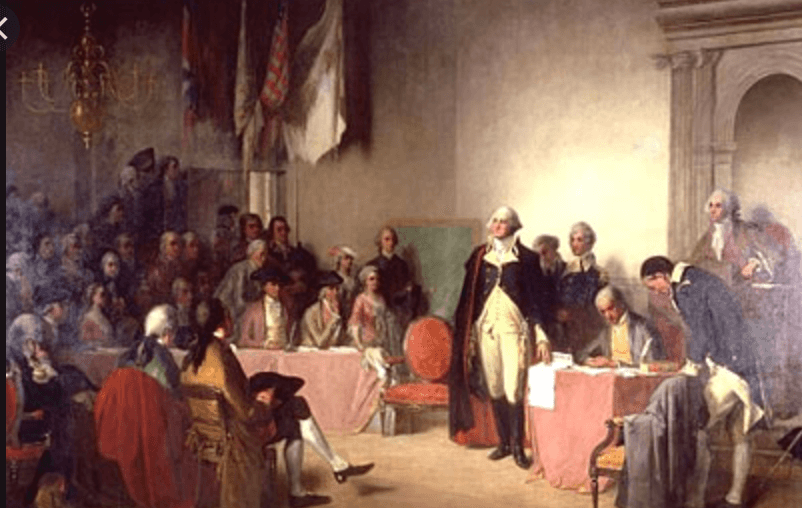 It may be surmised that the famously stoic Washington was more “human” and authentic on this day than at any other time during the war.  This, along with the fact that Washington had earned his officers’ trust over eight years, cannot be overlooked in understanding why his address was so powerful and persuasive.

The next day the officers approved a unanimous resolution stating they “reciprocated [Washington’s] affectionate expressions with the greatest sincerity of which the human heart is capable.”

The near-mutiny was dead.  Congress eventually — in no small part due to Washington’s constant letter writing — granted the officers a pension of five years of full pay for their service.

Business leaders today have plenty to appreciate and emulate from Washington’s communication skills at Newburgh.  The communications strategies and tactics he employed are just as relevant today as they were two centuries ago.  And while our first president may never be considered on par with Reagan or Lincoln as a great communicator, perhaps more of us will come to realize that Washington was indeed a master of communication in his own right.

What about you?  Are you using non-verbal and verbal strategies and techniques in your communications to defuse crisis or confrontational situations?