“It may be doubted whether so small a number of men ever employed so short a space of time with greater and more last effects upon the history of the world.”

British Historian George Trevelyan
On Christmas Day 1776, General George Washington led a rag-tag group of freezing, half-starved American soldiers on a daring night crossing of the Delaware River to attack a regiment of Hessians soldiers at Trenton, N.J.  Using the element of surprise and speed, it was an audacious plan that had dire consequences; if it failed the American Revolution would likely be over.

Washington’s attack at Trenton led to subsequent battles over the British within 10 brief days. The victories turned the tide of the war in favor of the Americans and forever changed the face of world history.

This premier experience enables you and your team to explore the courageous leadership decisions made by Washington, as well as other American, Hessian and British leaders.

The George Washington Leadership Program is a highly interactive, onsite, one-day experience. Teams and organizations can customize the program to suit a variety of needs.  It can be used in conjunction with:

No matter the industry, organizations of all sizes need to be flexible, adaptable and courageous in today’s highly competitive business environment. At the same time, these competitive pressures require organizations to have a crystal clear focus of their vision, and employees that are truly committed to the cause.

As a fully customizable program, the George Washington Leadership experience can be customized to virtually any group, team or set of individuals — regardless of title, role or experience. However, with its focus on leadership, the program is most applicable for executives looking to integrate the experience within their organization’s mission and vision. Managers and rising leaders will also benefit from the program.  Individuals will learn new communication and leadership concepts that can further benefit their existing skill sets.

The George Washington Leadership Program is a premier experience. It is a compelling platform to help organizations focus in on critical business and leadership elements such as:

The Washington Leadership Program has proven to be highly effective for: 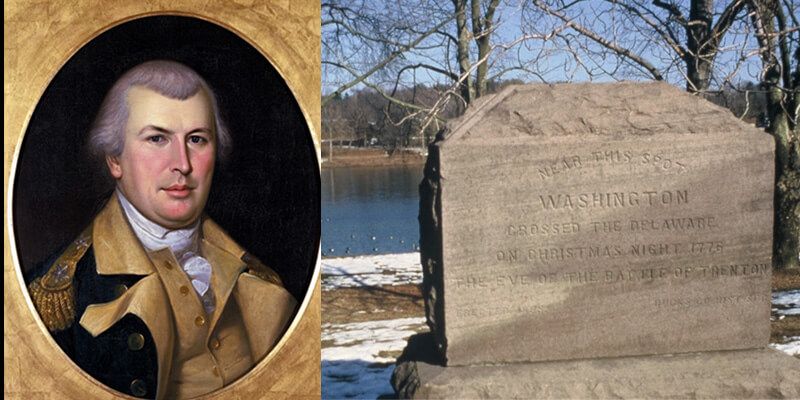 After losing New York and every major battle during the summer of 1776, Washington and his army are forced to retreat across New Jersey and into Pennsylvania.  Whittled down from 20,000 to 2,500 men, Washington faces daily desertions, a lack of food and supplies, an army with low morale and an enemy determined to end the Revolution.  Washington’s decision to launch a surprise attack against a garrison of Hessian soldiers in Trenton on Dec. 26 is a momentous decision: If the Americans lose, the Revolution is likely over.

Themes:  We review Washington’s background – what qualities and experiences made him the right leader at the right time to lead the American Revolution? We discuss the importance of “mission” and how to best communicate that.  We dive into the powerful concept of trust. Why did Washington decide to assign a major portion of the attack to General Nathanael Greene, who only a month before was responsible for the war’s largest loss of men and supplies up till that point. 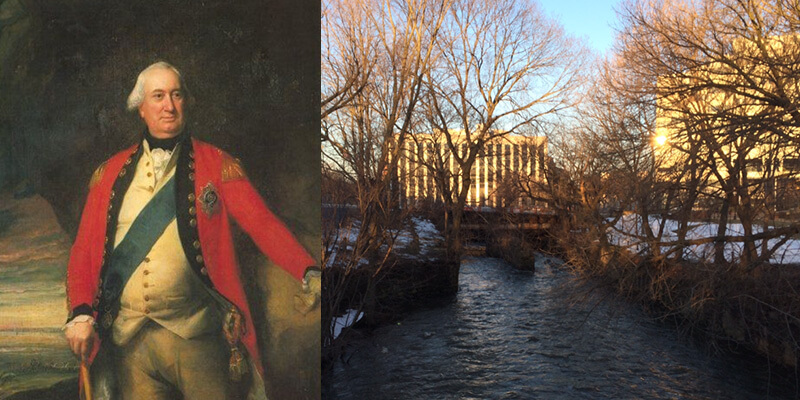 Following Washington’s stunning victory against the Hessians on Dec. 26, the Americans now braced for a second battle at Trenton.  This time, however, the upstart Yankees would be in a defensive position, their backs against the Delaware River, and facing 5,000 of the best trained British troops available.

Themes: Washington’s ability to listen and solicit advice from his direct reports is contrasted with General Cornwallis’s authoritarian and dogmatic approach. Participants also discuss the vital role of asset allocation and strategic gap identification.  The positive influence of team diversity and how to work collaboratively with others from various backgrounds and skill levels is also reviewed. 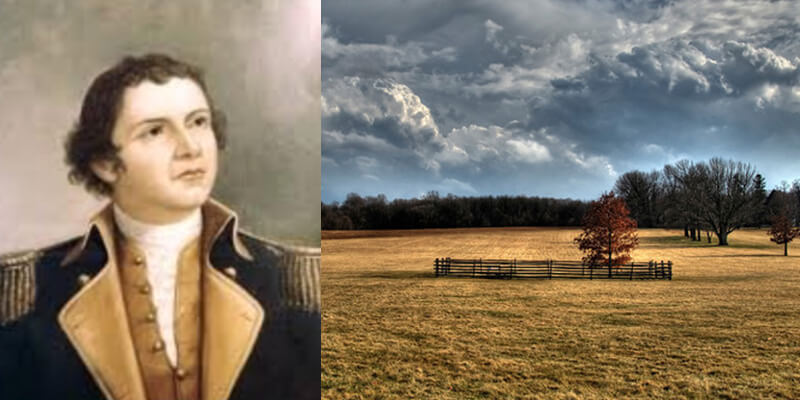 After flanking the British army at Trenton on a daring night march, the Americans unexpectedly come face-to-face with an isolated British regiment in an open field on the outskirts of Princeton.  Unprepared and separated by their night march, the American army – and perhaps the Revolution itself – hangs in the balance.  Washington, never far from where he needs to be as a leader, personally intervenes to lead his men to victory.

Themes:  We discuss the importance of acting independently. How can leaders and supervisors foster this to create cultures where proactive and smart risk-taking is the norm.  We review the “location of the leader” and how organizations must constantly fill their talent pipeline while making their people “battle ready” for new challenges. Finally, we dive into the role of ethics, morality and decency, and how individuals can shape their leadership path and legacy.

“Thank you.  That was truly an awesome event. Let’s talk about our next training session with you ASAP!”

“Thanks again for a great day. It was great to not only learn more about our own history, but to also learn how that actually works and plays a role into how we function and work everyday in the business world.”

“This was an excellent primer for our annual strategic planning meeting. Thank you!”

“I would highly recommend Matt and Spaulding Communications to any organization looking to provide communication training for its people. Matt is an engaging presenter who is a true expert at the subject matter.”

“Matt’s one-hour Chaos to Clarity presentation provided some great tips and was an excellent primer to get me and my team thinking about how we can be better communicators with each other and with our partners. We look forward to continuing our leadership journey with Matt’s good guidance.”

“A great presentation! Thank you!”

“Great value in the information that was shared. I’ll be adding many of these tips to my communication skills.”

“Multiply him and distribute him throughout the university. This would be the only way to improve over what he presently offers our school.”

“Mr. Spaulding is a perfect match for this course. Were time and money of no issue, I would take this course (and with him as the instructor) again just for the added learning benefit.”

“I thoroughly enjoyed the information shared. Personally, it gave me encouragement and insight on the intention of being a leader and how best to communicate with the owner and my staff.” 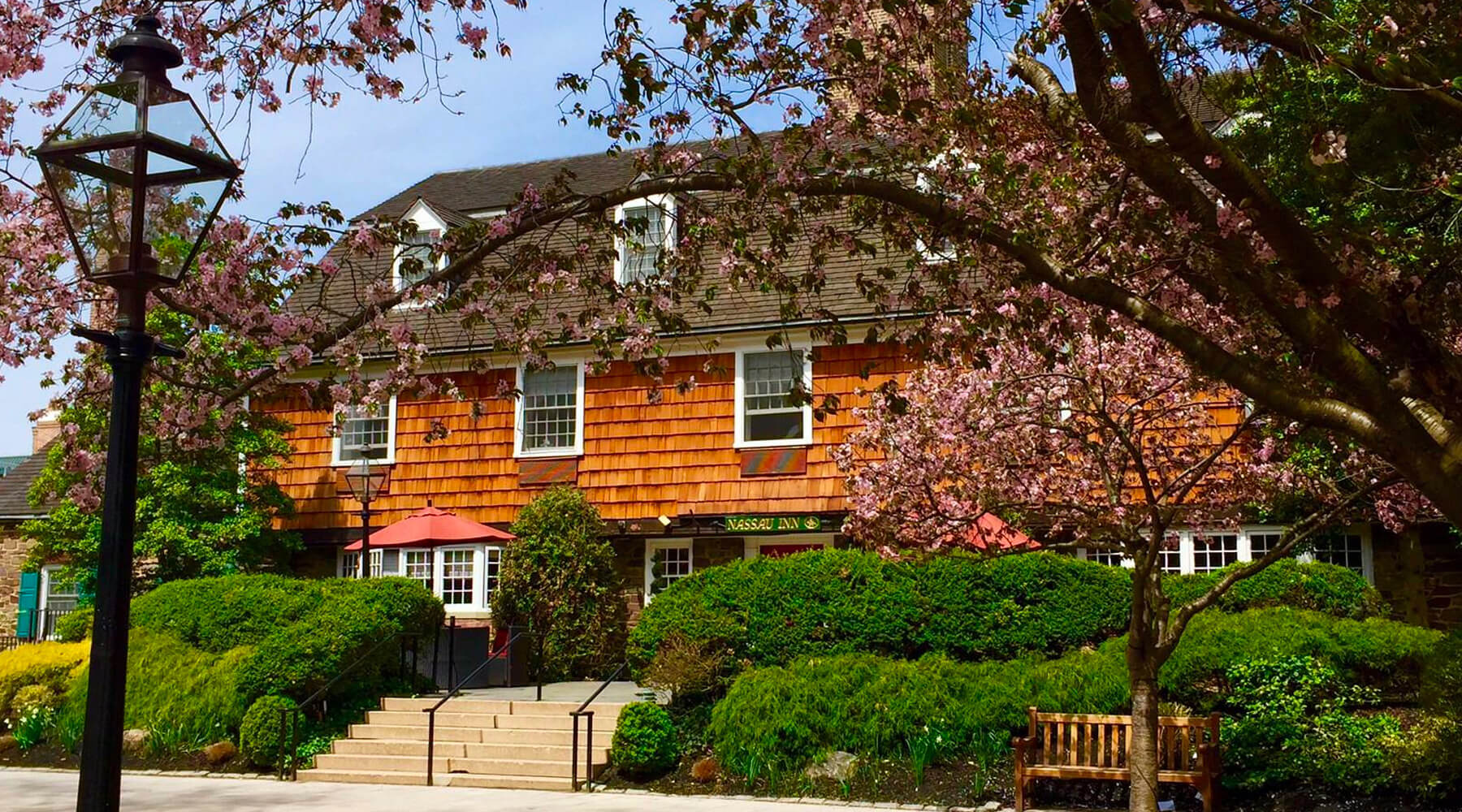 The historic Nassau Inn in downtown Princeton, N.J., serves as the H.Q. and hotel for our program. For more, visit nassauinn.com 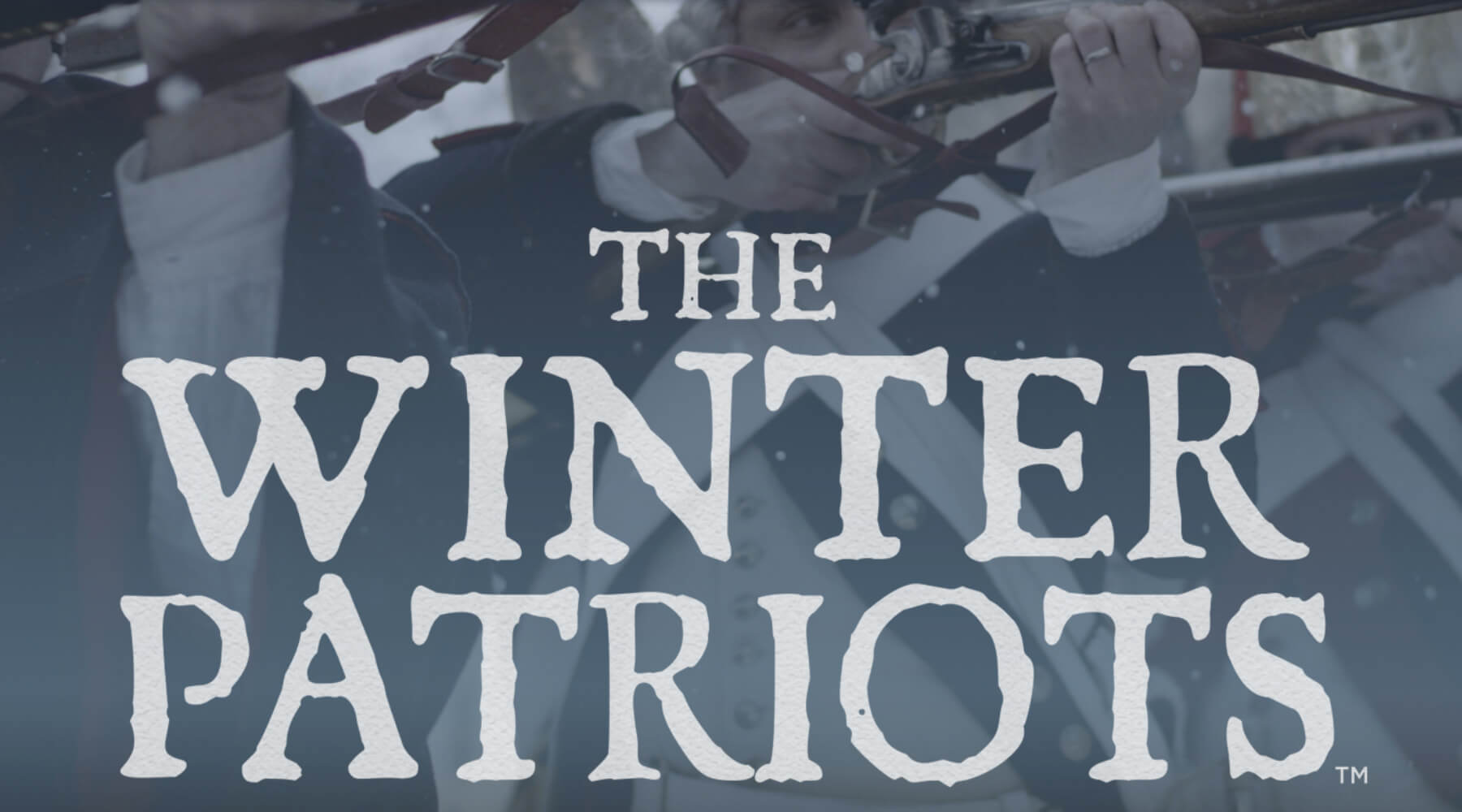 Get an inside look at how the historical events are utilized to bring leadership and effective communication into the workplace. Download a Washington Program case study now

“History shows that the most famous winners usually had faced enormous difficulties. But they won because they refused to be defeated.”

After a one-day program is complete, we offer additional training or individual coaching to ensure the lessons learned are turned into long-term results for your team and participants.

We believe strongly in the importance of studying, understanding and learning from history.  Therefore, a portion of our proceeds from each program go to supporting the mission of the Princeton Battlefield Society. For more about this important organization, please visit: theprincetonbattlefieldsociety.org

If you’re ready to schedule a training program for your team or organization, contact us at:
matts@spauldingcommunications.com or 404-270-1010.